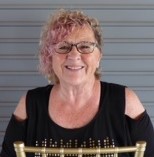 Belva Wade Zentner began dance training as a child at the Fleita Tutte School of Dance in Chilliwack, BC. In the ensuing years she trained in Los Angeles, at the University of California at Long Beach and at the Merce Cunnigham Dance School in New York. She returned to Canada and settled in Vancouver, BC to continue her dance training at Simon Fraser University. She then joined the Paula Ross Dance Company where she taught Contemporary and Jazz Dance classes and became a principal dancer, performing and touring with the Paula Ross Dance Company, the Jack Card Dancers and the Main Street Dancers, including television performances and Adagio work with her dance partners Paul Tahoe and Les Link. Her training is based in Contemporary, Ballet and Jazz Dance. She currently resides near Russell, MB where she is artistic director of Wade Dance Centre in Russell, MB, Wade Dance Centre in Esterhazy, SK and Wade Dance Camp at Asessippi where she teaches and choreographs. 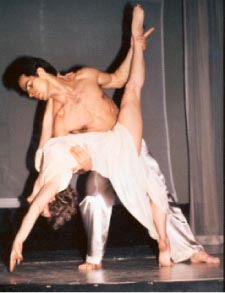 “Belva Wade was the stand-out performing star of the evening and even if there were nothing else on the program worth seeing (which is by no means the case) I would strongly recommend that your try to catch her in the repeat performance at UBC tonight. She dances from the tips of her toes to the end of her blonde hair and she projects from the moment she leaves it. Already she has a neat and smooth technical reliability and a fresh, clean style that blends feeling and innocence, a youth-glow.“

“I strongly believe in a solid platform of dance techniques as the basis from which to grow. With that firmly in place, dancers can perform the movements confidently and place more energy in to the soul of dance as an expression of their emotions and spirit.” – Belva Wade Zentner 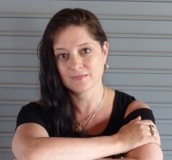 Tamara Topsnik Hicks R.A.D.R.T.S. moved to Brandon in 1993 after teaching for four years in British Columbia at her own school, Marpole Studio of Dance.

She is a graduate of the Royal Winnipeg Ballet professional Division.

Tamara Topsnik Hicks performed with the Royal Winnipeg in their productions of Swan Lake, Nutcracker and Giselle in 1988. She toured with the R.W.B. to Japan. In 1989 she danced in Germany in the “Nick Haberstich Ballet Company”.

Mrs. Hicks is a registered Royal Academy of Dance teacher and is qualified to enter students in R.A.D. exams. She has been an adjudicator with A.M.A.F. since 1995 and has loved every opportunity of sharing her knowledge with others. She currently teaches for several dance schools in Brandon. 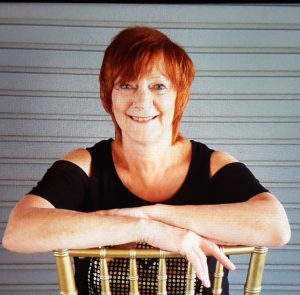 Linda Kearns is presently the owner/director of Dance Images Studio in Brandon, Manitoba. Linda has an extensive background in Theatre Dance, Jazz, Ballet, Tap, Modern and other dance forms. She is Cecchetti trained and had the opportunity to study under Amelia Jackson, Rachel Browne, Al Gilbert, Arnold Spohr, Luigi, Paul Draper, Gus Glordano, Ron Forello and many other wonderful teachers.

Linda has had the honour to be the choreographer to the junior dancers for the Canada Summer games held in Brandon. Several of Linda’s students have gone on to professional careers in dance and theatre.

She continues to study and learn at the Broadway Dance Centre and Steps as well as Dance Manitoba sponsored workshops and other dance opportunities. 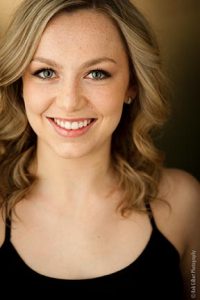 Lindsay Harpham began training in Saskatchewan where she was inspired to further her development at Harbour Dance Centre’s Intensive Training Program in Vancouver, B.C. She worked with The Aviary Company, dancing in a variety of performances including IYI Dance Inspired and VanCity Projects. Lindsay graduated from The Conteur Academy’s two-year training program where she worked closely with distinguished Toronto artists such as Eryn Waltman, Shoena Bell, Kelly Shaw and Ryan Lee. Conteur’s vigorous training taught her compositional skills as well as increased partner and floor work knowledge to add to her repertory.

She performed in the Toronto premiere of “Backbone” as a part of the Red Sky Performance Company, which toured to Halifax, Nova Scotia. Lindsay most recently performed in Gadfly’s production of “UNBXBL 2”, Nimii Project’s Inaugural performance at the New Blue Festival and represented Canada alongside Saskatchewan Dance Projects dancers at the International Dance Congress in Adelaide, Australia. She will be embarking on a European tour with Red Sky Performance this year to present “Backbone” in 4 countries.

While pursuing her professional dance career Lindsay has been simultaneously completing her Certificate in Dance Teaching Studies with the Royal Academy of Dance as well as her Kinesiology Degree. She has experience teaching and choreographing throughout Canada and strives to find new areas to inspire her while she shares her growing skillset. Her strong technical abilities and consistency make her an asset to the industry and she is thrilled to share her experience with young aspiring dancers. 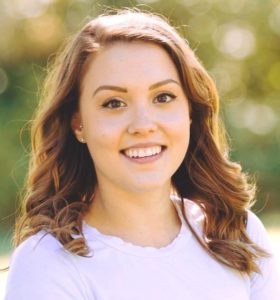 Fiona Duley was born and raised in Red Deer, Alberta where her dance training began. She trained under CDTA member and founder of JD’s Fabulous Feet, Julie Dionne until her completion of high school in 2013. It was then that Fiona moved to Vancouver, BC to further her training; she was accepted into Harbour Dance Centre’s Intensive Training Program where she completed 10 months of strenuous training under the direction of Moe Brody. Fiona has since completed two seasons of performing with The Source Dance Company under the direction of Joanne Pesusich where she has been able to train with top industry professionals. Fiona also spent much of her time in Vancouver instructing at PŪR Movement and working with owner Stephanie Sy to perfect her dance-based fitness classes. Fiona is grateful for her time in Vancouver but is so happy to be back in Red Deer! Fiona has completed her professional exams and is a certified instructor with the Canadian Dance Teacher’s Association and Acrobatic Arts. This will be Miss Fiona’s second season as a studio owner and she can’t wait to get started! 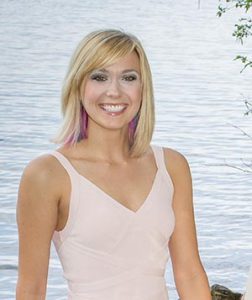 Tatum Wildeman began attending Wade Dance Camp at the age of 13. She has trained in Ballet, Jazz, Tap, Musical Theatre, Hip Hop and Contemporary. She has completed her Advanced 2 RAD Ballet exam. In the past, Tatum has danced with mixOLOGY Dancemine and has been involved with performances such as the 2010 Olympic Torch Run Ceremony, Stars at Sea, Dare to Dance, Nuit Blanche and many others.

Tatum is currently continuing her training and teaching musical theatre at Dance Ink. Tatum is also the Artistic Director of the Saskatchewan Dance Project and is attending the College of Nursing to become a Registered Nurse 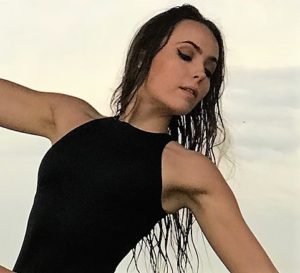 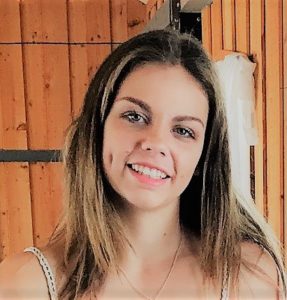 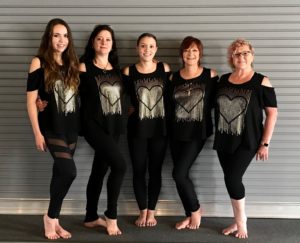